Whilst planning our travels the one place that stood out as a must see was Savannah  Georgia. A beautifully kept colonial city with an abundance of southern charm, character and hospitality drawing in millions of tourists annually. 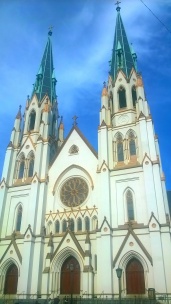 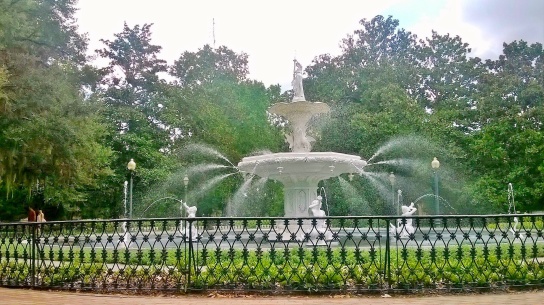 The former British colonial capital sits approximately 20 miles north from where the mouth of the Savannah river meets the Atlantic Ocean and is the oldest city and largest port in the state of Georgia, home to around 145,000 residents.
We arrived early evening after a six and a half hour car journey from West Palm Beach, Florida and checked in to The Printmakers Inn, a beautiful Victorian mansion house originally built for the eldest son of Savannah’s main printer; later owned by the world famous singer songwriter Nat King Cole. 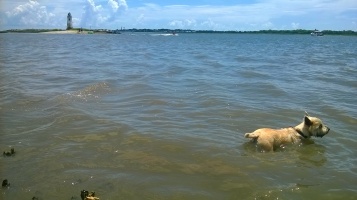 Situated in the heart of the historic district and a stone’s throw from the 30 acre Forsyth Park and Downtown area, we checked in for a week before deciding to extend our stay for an additional week at another property close by. Our apartment was beautifully kept with many original and antique features; it boasted a large four poster bed and fully equipped kitchen. To the rear there was a large patio area and fenced in garden for Hamish to roam about and watch for squirrels in the many trees bordering the property.

The first few days here we kept the hire car and drove to the nearby Isle of Hope admiring the stunning homes there, acting very much like tourists taking pictures of anything that did or didn’t move. We also visited the impressive and well preserved Fort Pulaski, a must see for those interested in the American Civil War. Situated within a National Park, Fort Pulaski permitted dogs and behind the fort there was a couple of good woodland walks with one leading to the waters edge looking onto Cockspur island lighthouse. 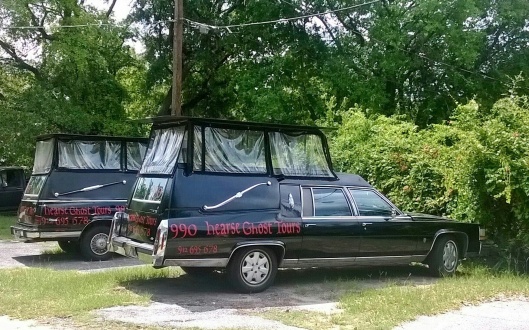 Savannah’s a good walking city and after returning the car we discovered much of the city by foot, Hamish happily tagging along as we visited downtown, the river area and the many parks and squares, including the famous Chippewa Square Park where Forest Gump sat on the bench eating his box of chocolates. For those who wish there are several walking, bus and ghost tours in and around the city and boat tours along the Savannah river with one impressive paddle steamer taking pride of place on the docks. 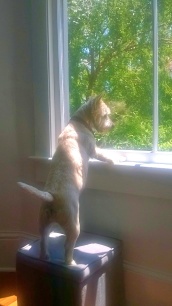 As Forsyth park was a mere two blocks away we walked Hamish there every day and on both Saturdays shopped at the farmer’s market sampling the local fayre on offer, purchasing eggs, bread, peaches and amongst other things some homemade curry.
Our second week saw us move to the other side of Forsyth Park, again just a stone’s throw from downtown and an excellent bakery/café called Maté Factor, where homemade bread and pastries are enjoyed with teas such as Indian chai and yerba mate, a tea brewed with leaves from a type of South American holly tree, caffeine free and brimming with antioxidants.

The city was also very dog friendly and although Georgia state law prevents your pet being allowed inside food establishments almost every restaurant and café had outside patios and seating areas. Dogs were also allowed in most shops and shopping malls and browsing was a great way to cool down during the summer heatwave.
Our time was up but Savannah was one of the highlights of our US tour. Clean, friendly and historically well preserved we’d recommend it to anyone visiting the Southern states and it must go down as a must see city and one that we hope to make a return.
Advertisement

Follow The Roaming Junketeers on WordPress.com
Join 37 other subscribers