Having spent five wonderful weeks in New Orleans, we departed with more than a hint of sadness, though content we were taking away some fantastic memories of our time there. The city and her patrons had treated us well and for the best part of those five weeks we lived like locals, getting to know the place as if we’d moved there permanently. Hamish also loved it as there was plenty of open space for some off the leash time.
But it was time to move on and we looked forward to the next chapter of our journey. This would take us to Mexico City via a long and laborious late night drive to Houston where we’d catch a plane south of the border.
The drive itself was pretty much non eventful. We – I – briefly got lost leaving the city and a lengthy delay of about an hour due to roadworks was the only excitement the four hundred mile journey had to offer. We contemplated stopping at the Tiger Cafe close to Baton Rouge and gawped at the huge oil refinery that lit the sky like a futuristic space city seen in science fiction movies. Our arrival in Houston in the small hours was a blessing. This saved us fighting through traffic and also the cost of a nights stay at an airport hotel.

Before and after his flight

We arrived at our departure terminal three hours before our flight to find the airport deserted. No staff, no other passengers, no security. So we waited and eventually some other passengers arrived… and some more… and some more. Eventually, and with an hour until our take off the staff arrived, much to our relief. Check in was easy, they took us first as we were travelling with a dog (a great way to avoid queues) paperwork checked, bags checked and Hamish taken off to the pet relocation area (ten feet away). An absolute minimal fuss departure and we’d be reunited with Hamish within three hours.
Mexico was just as easy and after we picked up our bags and Hamish, we took him to the animal centre for inspection. The official checked our paperwork, including Hamish’s vaccinations and Health Certificate, stamped his entry form and waved us on our way without even looking at him. Our arrival was complete.

As Mexico City is the main hub for direct flights in and out of the country we will most probably return here at some point. The city centre is close to the airport, about twenty minutes by taxi/Uber and can cost anywhere between £4 – £12 to get there and is the best way to get around the city. Car hire was advertised at a tempting £1 per day but when you see a system with virtually no rules, driving becomes a type of Gumball Rally best avoided. Drivers in Mexico City don’t have to pass a test or take driving lessons, merely purchase a driving licence from the authorities and Hey Presto, you can drive. There is a Metro system, we never used it and busses can be very crowded. The rich and shameless use helicopters to avoid the congestion and if you like cycling there’s forty miles of cycle lanes in the city, though smog and traffic pollution would put me off this mode of transport. 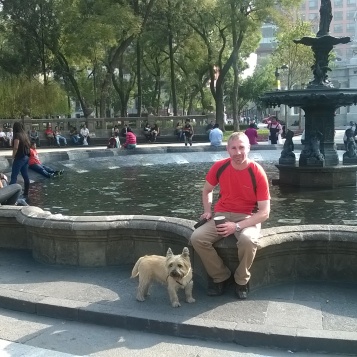 Chillin in the park…

Blending in with the locals

We’d heard and read a lot about the perils of life in Mexico and the dangers for tourists and visitors alike. As such we were a little bit wary of what to expect and initially were a bit cautious when venturing out for the first time. Fears that would prove to be groundless and we were happy to wander off the beaten track during the day into residential areas, never feeling threatened or at risk. At night we stuck to well lit areas again happy to mingle with the locals despite our obvious tourist status. That said, there was an extremely high Police presence in the city centre with officers at every street corner and outside just about every shop, so danger possibly did lurk it’s just that we didn’t see any. There was also a high level of begging in the city centre and at times were almost impossible to avoid. They came in all shapes and sizes from the very young children to the very old, from the hapless to the hopeless to the severely disabled. A sad fact of life here and you just have to bypass them or you’d spend all day and all your money. None were aggressive and a simple No would usually see them on their way. 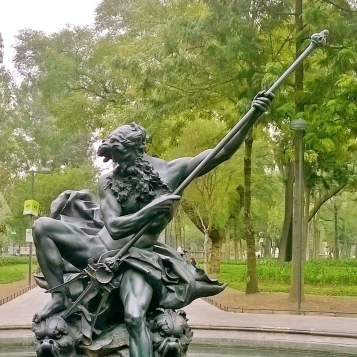 For our stay we had a city centre one bedroom apartment booked for one month and arrived in good time from the airport via taxi. Sadly, our host was nowhere to be seen and for the best part of four hours we attempted to contact him to gain entry. Eventually he replied to our text and emails and we gained entry via the concierge who also showed us round the apartment block which consisted a gymnasium, pool, running track, cinema, laundry and café. We settled in and hoped to catch up with some sleep after our marathon journey from New Orleans. Sadly peace and quiet during our stay was rare as construction work in the flat below along with almost constant noise from dogs, children and seemingly 24 hours of music blasted our ears and patience. We lasted two weeks before calling it quits and moving to another part of town. 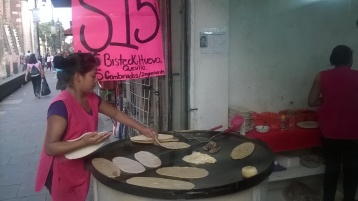 During the fortnight stay we spent as much time out of the apartment exploring the city centre and all it had to offer, dog permitting. We walked the parks and ate out for every meal finding some real gems at bargain basement prices. The city centre though, was crowded and extremely busy with very little space to move; at times I’d have to carry Hamish to prevent him being trampled. As such we often walked the side streets off the tourist trails to avoid the crowds. It was here where we found those gems and often we’d eat there more than once.
Restaurants and cafés were mostly happy to welcome dogs which was a pleasant surprise since some parks and public spaces refused to let them in, though most were welcoming. The main park in Mexico City is the Chapultepec which is separated into three sections. Dogs were welcome in the middle section (2) but not 1 and 3. Still a huge area for pets in what is one of the largest parks in the Western Hemisphere.

A great find on Airbnb meant we were able to quit the noisy apartment in the city centre and move to the quiet residential area of Coyoacan about nine kilometres out. A good move for us and Hamish and gave us a peaceful nights sleep and a stress free retreat during the day. Blessed with great places to eat, the former village, now part of the city, was a world away from the hustle and bustle of downtown and should we find ourselves in Mexico City again we’d happily stay here. The one bedroom first floor apartment was overlooked by trees and frequented by squirrels and exotic birds which kept Hamish happy between walks, the neighbours pet parrot or cockatoo being the only noise. The apartment also boasted its own rooftop terrace, a great sun trap to catch some rays. Close by, the Park Vivaro Coyoacan was a fantastic retreat and a haven for joggers, walkers and anyone wishing some fresh air and quiet away from traffic and noise. Sadly no dogs were allowed but with two others in the vicinity it didn’t matter so much. 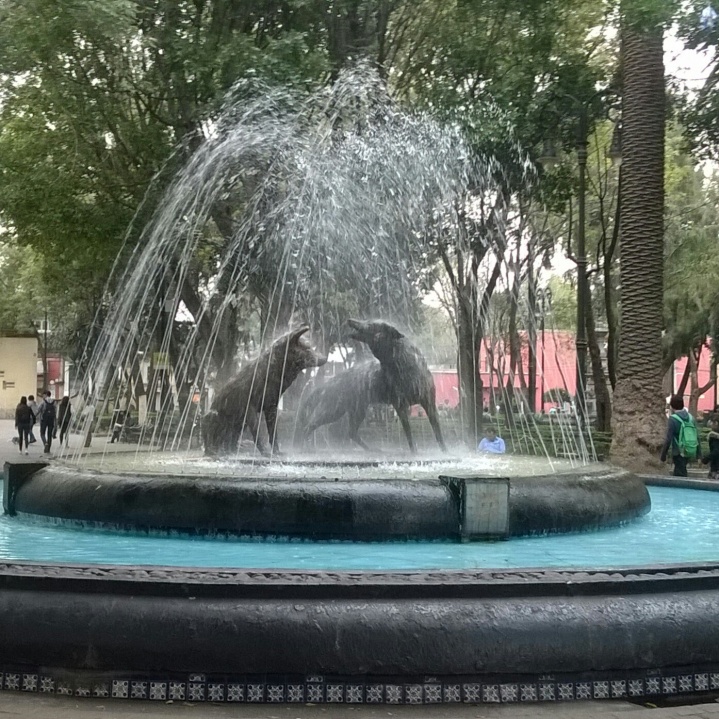 So a good end to our stay in what is a great city, though very busy and very noisy. Fantastic for culture and city life but not so great for peace and quiet (maybe we were just unlucky with our first choice of apartment). Food, drink and accommodation all relatively inexpensive with your Dollars or Pounds going a long way. A typical meal for two with wine in a high end restaurant would cost no more than £30/$40 though we rarely spent more than £25 on meals for the full day.

So thats Mexico City in a brief few words, for now, we’re off to the the Pacific Coast and the town of Puerto Vallarta for Sun, Sand and Christmas Dinner…..

Follow The Roaming Junketeers on WordPress.com
Join 37 other followers